Printed circuit boards, or PCBs, are key components of electronic components. Most people use them every day without even thinking about it, and they are critical to a wide variety of industries. There are a massive number of applications for PCBs, but we’ll cover 10 of the most common printed circuit board uses.

What Is A Printed Circuit Board Used For?

PCBs are boards that connect electronic components. They’re an integral part of the electronics we use in our everyday lives across a wide range of industries. They are made of a non-conductive material and have lines, pads and other features etched from copper sheets that electrically connect the electronic components within a product. Components such as capacitors and resistors are also soldered onto some PCBs.

Today, the use of PCBs in electronics is widespread and there are various types of PCBs. They can be single-sided, double-sided or multilayer. They can be rigid, flexible or contain both rigid and flexible parts.

There are two main methods used for PCB applications — thru-hole and surface mount.
1. Thru-Hole Mounting
In the thru-hole mounting process, the assembler places component leads into holes drilled into a bare PCB. This technology was the original one used for PCBs.

Thru-hole technology creates a stronger connection than surface mount technology does, so it’s used for applications that require high reliability. This is because the leads run all the way through the board, as opposed to being attached with solder as in surface mounting. Thru-hole technology is also useful for testing and prototyping applications that require manual adjustments of components.
2. Surface Mounting
In the surface mounting process, components are mounted directly to the PCB surface using solder. This method was developed in the 1960s and became popular starting in the 1980s. Today, it is the most commonly used component mounting method. Surface mount boards use small components called vias, rather than thru-hole components, to connect the various layers of the PCB.

Using surface mounting allows the assembler to attach components to both sides of the board. Surface mounted components can also be smaller, enabling more parts to fit on a single board. This reduces costs and has allowed electronic devices to get smaller and smaller over the years. Surface mounting can also be completed faster and is a less involved process than thru-hole mounting is, further reducing costs.

What Are Common Uses for PCBs?

Because so many different sectors use PCBs, you can find them almost everywhere in everything from small consumer devices to huge pieces of machinery. Where are printed circuit boards used? Here are 10 of the most common PCB applications by industry.

Special attention must be paid to ensuring reliability when producing medical PCBs because proper functioning can be critical to patient health. In many cases, PCBs must also meet strict standards for sanitation, especially those used for implants. Boards used for implants and many other applications, such as emergency room monitors, must also be relatively small. Because of this, many medical PCBs are high-density interconnect, or HDI.

PCBs are used for medical devices such as:

The medical sector is continually coming up with more uses for electronics. As technology improves and smaller, denser, more reliable boards become possible, PCBs will play an increasingly important role in healthcare.

Light-emitting diodes, or LEDs, are an increasingly popular lighting technology used for residential and commercial lighting and across numerous industries including the automotive, medical and computer technology sectors. LEDs are favored for their energy efficiency, long life and compactness.

One role that PCBs play in LED applications is the transfer of heat away from the bulb. High temperatures decrease the average life of LEDs. Because of this, PCBs used for LEDs are typically made with aluminum, which can transfer heat better than other metals. This eliminates the need for an additional heat sink to a design and means it can be more compact.

You can find LED PCBs in:

LEDs are becoming increasingly common in a variety of applications, meaning PCBs will likely continue to play a more prominent role in lighting.

Smartphones, computers and the many other consumer products that people use daily require PCBs to function. As we add electronics to more of our products, PCBs become a bigger part of our daily lives.
Manufacturers are producing smaller and smaller smartphones and laptops that still have many advanced capabilities, which require small PCBs with a high volume of connections. PCBs used for consumer electronics also need to be relatively low-cost to keep the price of the final product low. Manufacturers also want reliable boards, because they need their products to function as expected to stay in business.

A huge range of consumer products use PCBs including:

The use of PCBs in consumer products is certainly not slowing down. The proportion of Americans who own a smartphone is now 77 percent and growing. M

any devices that weren’t electronic before are now also gaining advanced electronic functionality and becoming part of the Internet of Things (IoT). 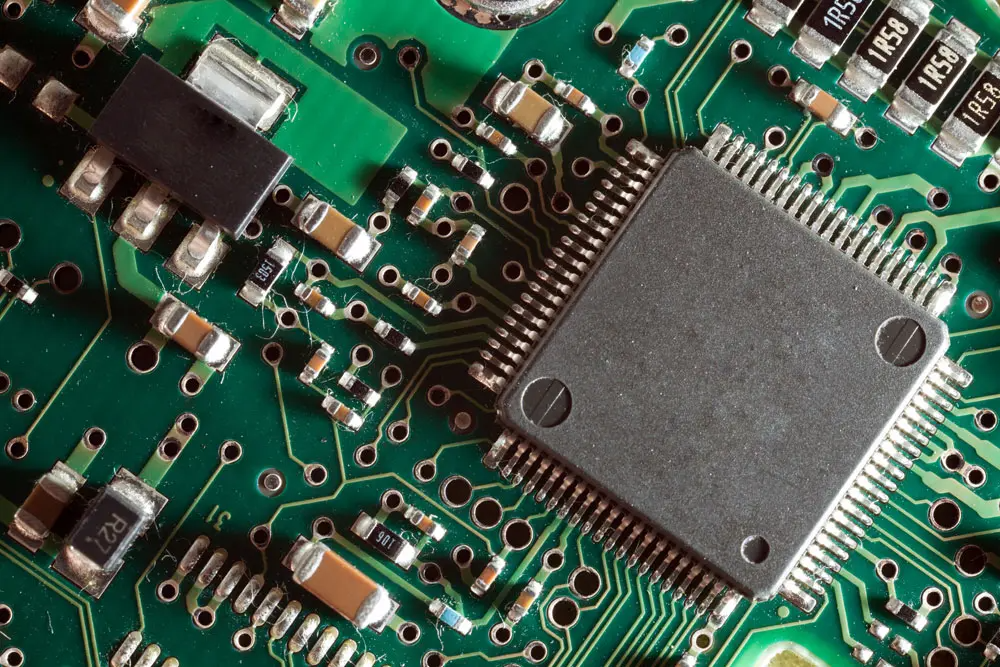 Printed circuit board uses in the industrial sector vary widely. Electronic components power much of the equipment in manufacturing and distribution centers as well as other types of industrial facilities.
The PCBs used in the industrial sector often need to be especially high-powered and be durable enough to withstand the harsh conditions that exist in industrial facilities. PCBs may need to be resistant to rough handling, vibrating machinery, extreme temperatures or harsh chemicals. To meet this need for durability, industrial PCBs may be made with durable metals or thermal-resistant materials and be thicker than other kinds of PCBs. Industrial PCB assembly services may include thru-hole technology to increase durability.

Some of the industrial applications for PCBs include:

As robotics, industrial IoT tech and other types of advanced technology become more common, new uses for PCBs are arising in the industrial sector.

Automotive manufacturers are using growing numbers of electronic components in their vehicles. In earlier times, PCBs were only used for things like windshield wipers and headlight switches, but today they enable many advanced features that make driving safer and easier.

Depending on what part of the car a PCB is used for, it may need to be able to withstand extreme temperatures or vibrations. It’s also critical that they perform reliably if involved in a safety feature of the car. Because of these challenges, manufacturers may use high-temperature laminates, aluminum or copper substrates, or thru-hole mounted components. They also use flex-rigid PCBs because of their ability to withstand vibrations.

Today, you can find PCBs in automotive components such as:

These sensors are part of what enable cars to be self-driving. Fully autonomous vehicles are expected to become common in the future which is why a large number of printed circuit boards are used.

The electronics used in aerospace applications have similar requirements to those used in the automotive sector, but aerospace PCBs may be exposed to even harsher conditions. PCBs may be used in a variety of aerospace equipment including planes, space shuttles, satellites and radio communications systems.

Aerospace PCB manufacturing requires using materials that can withstand high amounts of vibration, extreme temperatures and other harsh conditions. Some aerospace PCBs even need to be able to perform in outer space and must be extremely durable. Boards made with lightweight materials such as aluminum are also beneficial for use in aerospace. Anodized aluminum may be used to increase resistance to oxidation.

Some uses for PCBs in the aerospace sector include: 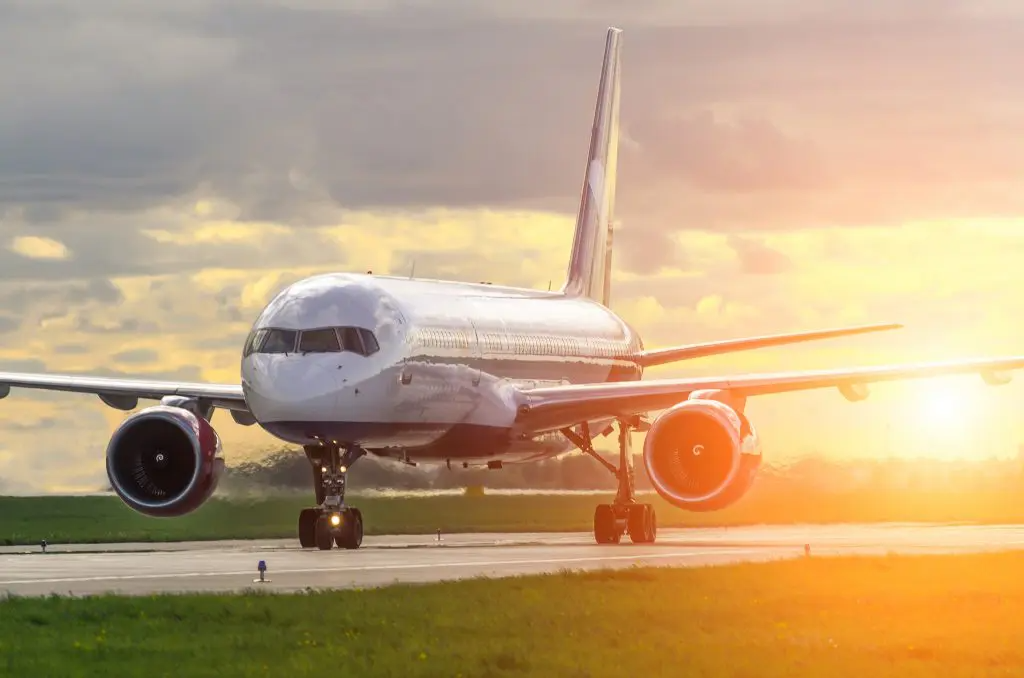 PCBs used for maritime applications must also be able to withstand harsh conditions. Manufacturers of maritime PCBs emphasize reliability as it’s essential for the safety of the crew and passengers that electronic equipment works correctly.

Many aspects of security systems, whether for homes, businesses or government buildings, rely on PCBs. They play a role in our safety and security more often than many people realize.

The ideal type of PCB depends on its specific application, but all PCBs used for safety and security applications need to be reliable because these products must operate as expected at all times to be effective. Some security devices may be used outdoors and should use PCBs that can withstand outdoor environments.

Some safety and security devices that use PCBs include:

PCBs play an essential role in many different types of security equipment, especially as more of these types of products are gaining the ability to connect to the Internet.

PCBs are a critical part of the telecommunications industry. They’re necessary for consumer devices such as smartphones but also for the infrastructure that enables those devices to work.

The telecom sector uses a wide variety of types of PCBs because of the many different types of equipment used in the industry. Some equipment is kept in stable indoor environments, while some infrastructure must withstand outdoor environments that include storms and extreme temperatures.

Telecom equipment such as the following requires PCBs:

The telecom industry is constantly evolving, and so are the PCBs the sector uses. As we generate and transfer more data, powerful PCBs will become even more important for communications.

The military uses PCBs for a wide range of applications, including communications equipment, computers, vehicles, firearms and more.

PCBs used for military applications must be exceptionally reliable and durable. They may be exposed to extreme conditions, and they could play a role in national security. The military uses materials such as high-temperature laminates, aluminum and copper because of their ability to withstand harsh conditions such as high temperatures. Anodized aluminum may be used because of its resistance to oxidation. Some military printed circuit board applications may also benefit from the enhanced reliability of thru-hole technology.

Some military and defense uses of PCBs include:

The military is often at the cutting edge of technology, so some of the most advanced uses of PCBs are for military and defense applications. The uses of PCBs in the military vary widely.

Get Your PCBs From EMSG Inc.

These are 10 of the most common applications of PCBs, but they play a role in many other sectors as well. Any industry that uses electronic equipment requires PCBs. Whatever application you’re using your PCBs for, it’s important that they’re reliable, affordable and designed to fit your needs. That’s what we provide at EMSG Inc. You can learn more about the services we offer and the industries we serve by contacting us or exploring our website.

We Want to Work with you!

We make it a point to make sure that what we deliver is exactly what you want.